Distinguish between telemarketing and cold calling 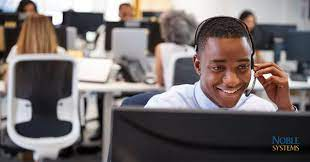 Telemarketing is mainly conducted via phone calls in a contact centre. However, it is not restricted to outgoing calls with potential customers. Interested customers may call in to know more in response to an advertisement board or sign they have noticed.

It can also be expressed to something such as a “fishing expedition”. Telemarketers may not be actively promoting the product during the calls, but instead try to discover if the customers have any interest in it at all. If so, the telemarketers can pass the customer's names and contact details over to other sales person in order to make secondary contact and pitch the product.

Beside promoting products, telemarketing also includes following up with clients who have purchased from the company previously and fact finding efforts. 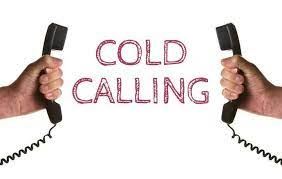 Cold calling is a solicitation of business from a person who had no prior interaction with the sales person conducting the call. The process involves calling potential customers out of the blue to promote his or her about your company’s product or service offered.

It is to convert those calls to sales. It isn't confined to the calling method only like how the name suggested; if the salesperson reaches a random customer through ringing the doorbell, it’s considered cold calling as well. It is a type of marketing strategy to reach out to customers without knowing they will be interested in the company’s product or service offered or not. Customers' names can be obtained from the telephone directory or from a marketing company that is authorised to sell contact lists.

Based on Reference For Business, telemarketing is cost effective. Promoting products via phone calls costs roughly 80% less when in compared to using field sales service. Telemarketing can convert those phone calls into potential business, rather than to hire a salesperson to stand around your establishment, waiting for customers to show up. It’s going to cost the company more whether the customers come in or not, unless the hired salesperson is paid strictly on a commission basis.

It is undeniable that signs, fliers and media advertising are able to reach customers, however there will be no personal interaction. It is impossible to gauge the customers' responses unless they call the company or mention the advertisement.

Cold calling has portrayed a bad reputation for telemarketing. The Federal Trade Commission has generated specific rules and regulations to govern the field and also to prevent immoral cold call strategies such as calling the customers repetitively after the individual has requested not to contact him again.

It is very likely to interrupt the call receiver when a cold call technique is being used. It creates annoyance among the call receivers as they could be busying or driving, eventually diminishing any chance of closing the sales. It could result in a waste of effort and time reaching out to customers that have absolutely no interest in the promoted product. For example, if you are selling childcare services, the person you are calling from the phone book could be an elderly pensioner with no children.